A city
to let

Everything here is grey and brown. With these two colours dominating its skyline, Athens emphasises a stout attachment to its glorious history. There are no green spaces, no parks, no jobs, no hope. The intense blue of the Mediterranean sea, the same sea that bestowed riches and culture upon us, has been excluded from the city, considered just an appendix to it. It is not truly Athens, it’s the Piraeus, even if the latter is evidently just one part of the city. Everything in Athens becomes difficult to achieve, even the easiest tasks are permeated with the grey and brown veil that hangs over the city. Everything is a struggle and it’s all the Athenians’ fault. We are not a European but a Balkan capital.
We haven’t had a Renaissance or a cultural movement that has propelled us into modernity. We are still the people of Byzantium with a few Balkan traits. From the time of the Parthenon to the introduction of the Euro nothing has changed a bit. Athenian society is rich and there is much solidarity but that’s all. Services don’t work, the health system is a black hole, the mafia controls the entertainment business and the education sector is nonsensical: why bother studying when there are no future opportunities? We are now observing a grass root movement as young people try to get more involved, feeling that there is no other way to get by. We have reached breaking point and if the people’s rage continues to be suppressed you can bet it will eventually explode far more violently. 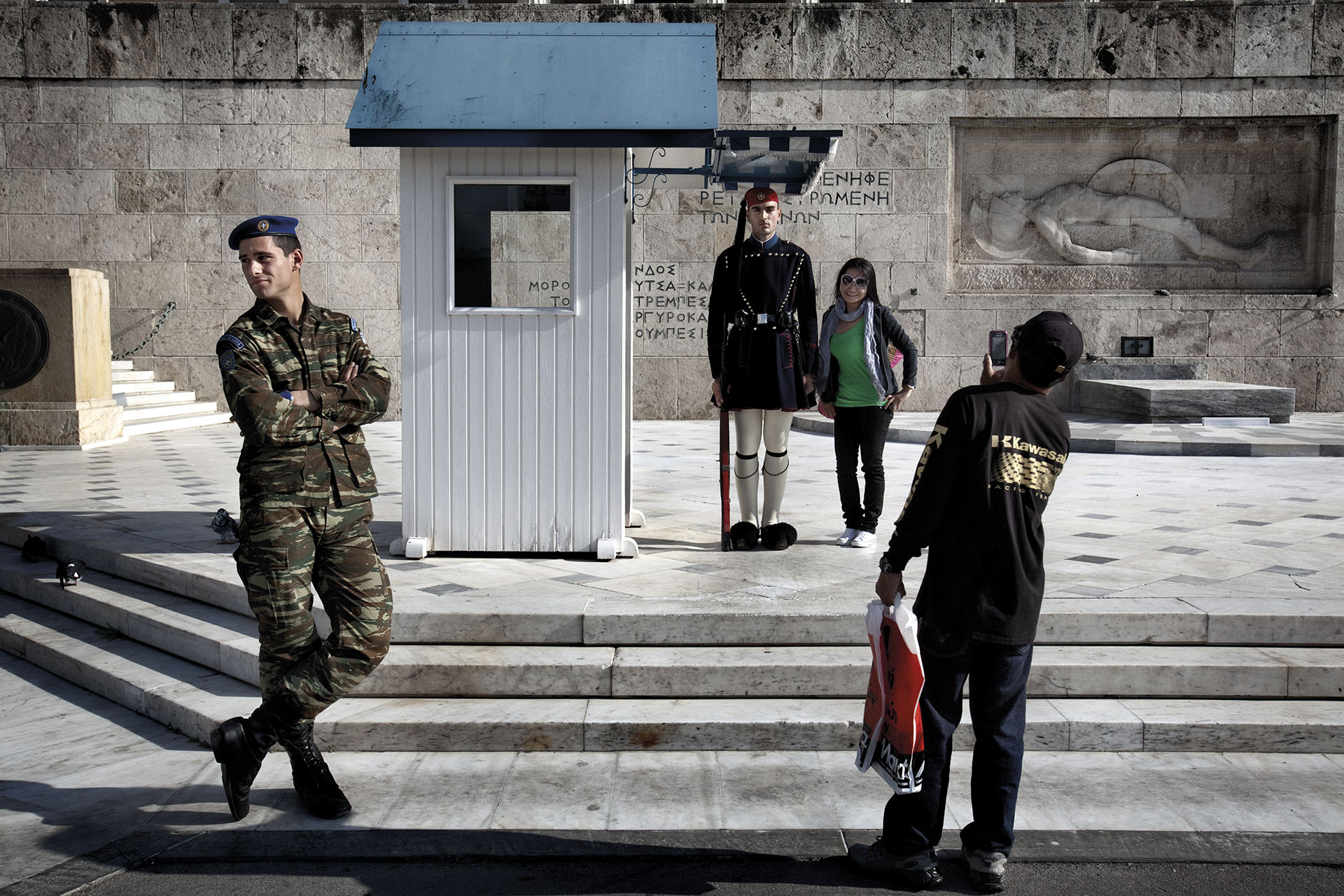 It’s an interesting time to be living here - things are happening. There is a harsh dissent which borders on violent and the people are rising up to defend themselves, sensing that something significant is about to happen. Quite what it will be, nobody knows.Beware though: there’s no revolutionary potential because of the lack of shared vision or a common project and without a project the rage becomes fury. The tension is mounting everywhere, it’s palpable, you can feel it in street protests, in strikes, in the arrogance of the police force, challenging the people on purpose to create an unjustified tension. The extreme right has upped the number of ethnic raids against immigrants, the poorest Europe. Only the truly desperate stop here, most move on quickly to Germany, the UK or France. For those who stay there is no hope of integration hence the fact that Athens is the only city in the whole of Europe without a mosque. Athens is becoming increasingly stressful. Tension is rife among the population, poor vs. immigrants, old vs. young, right vs. left. As each day goes by it is becoming more and more a city of conflict. 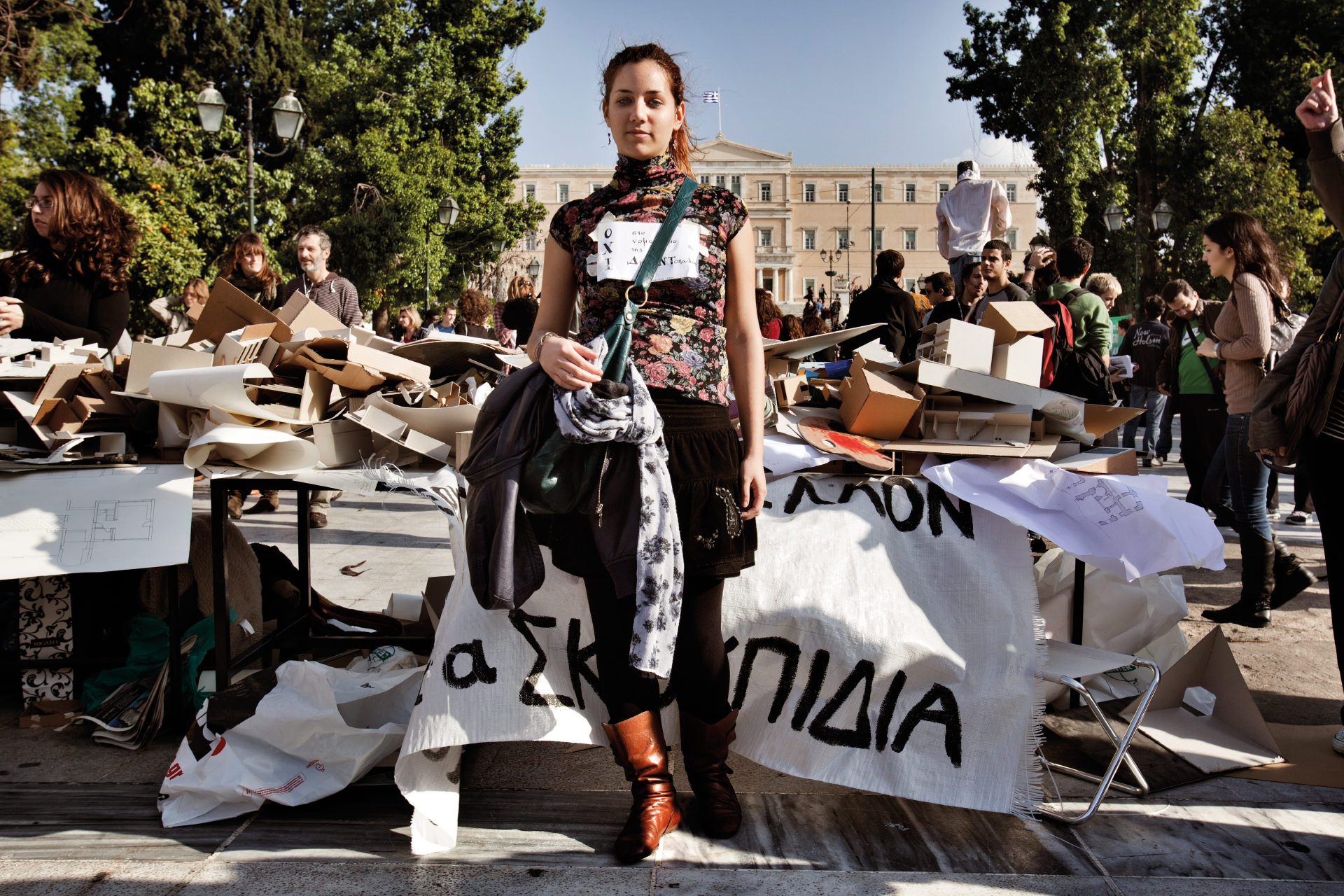 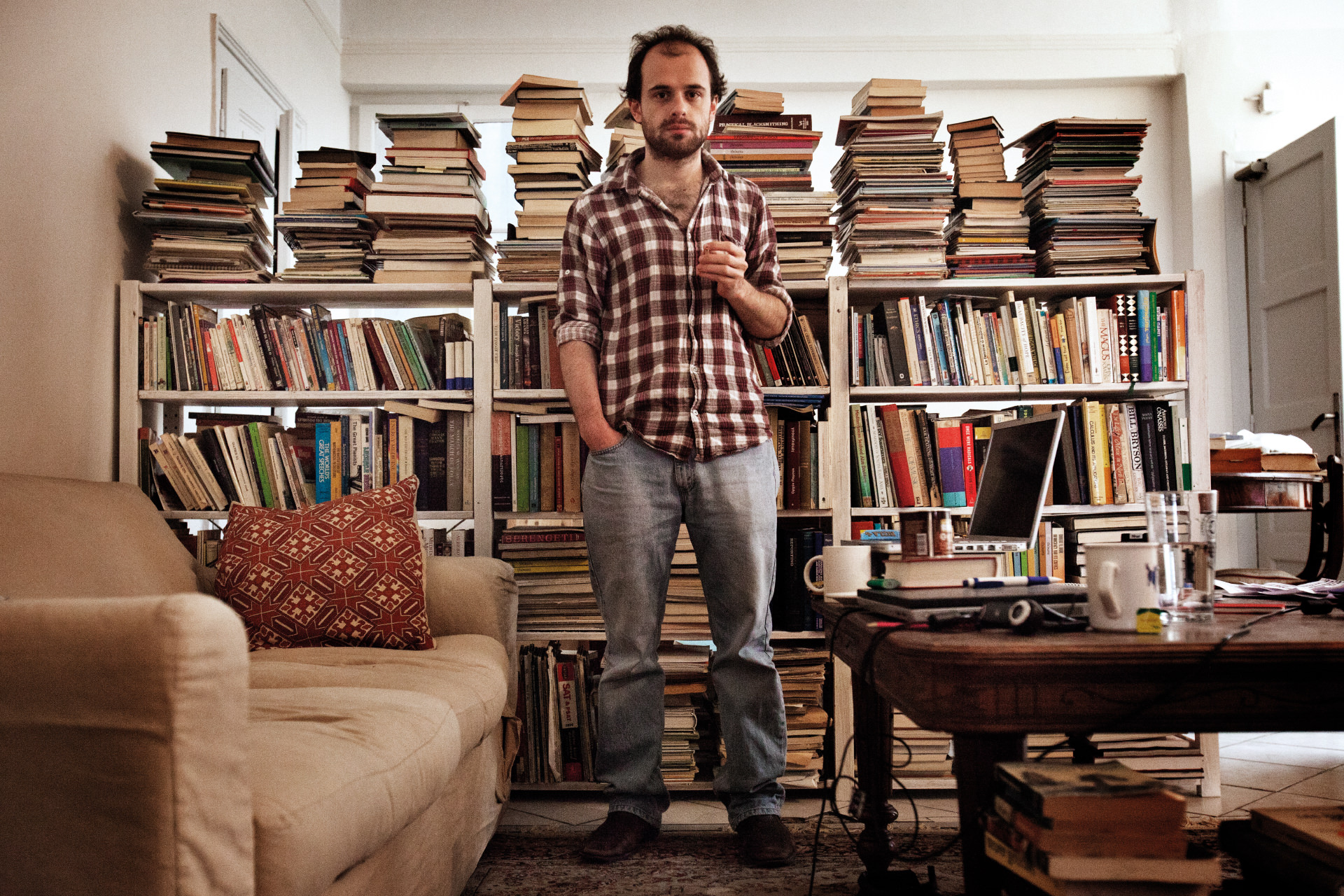 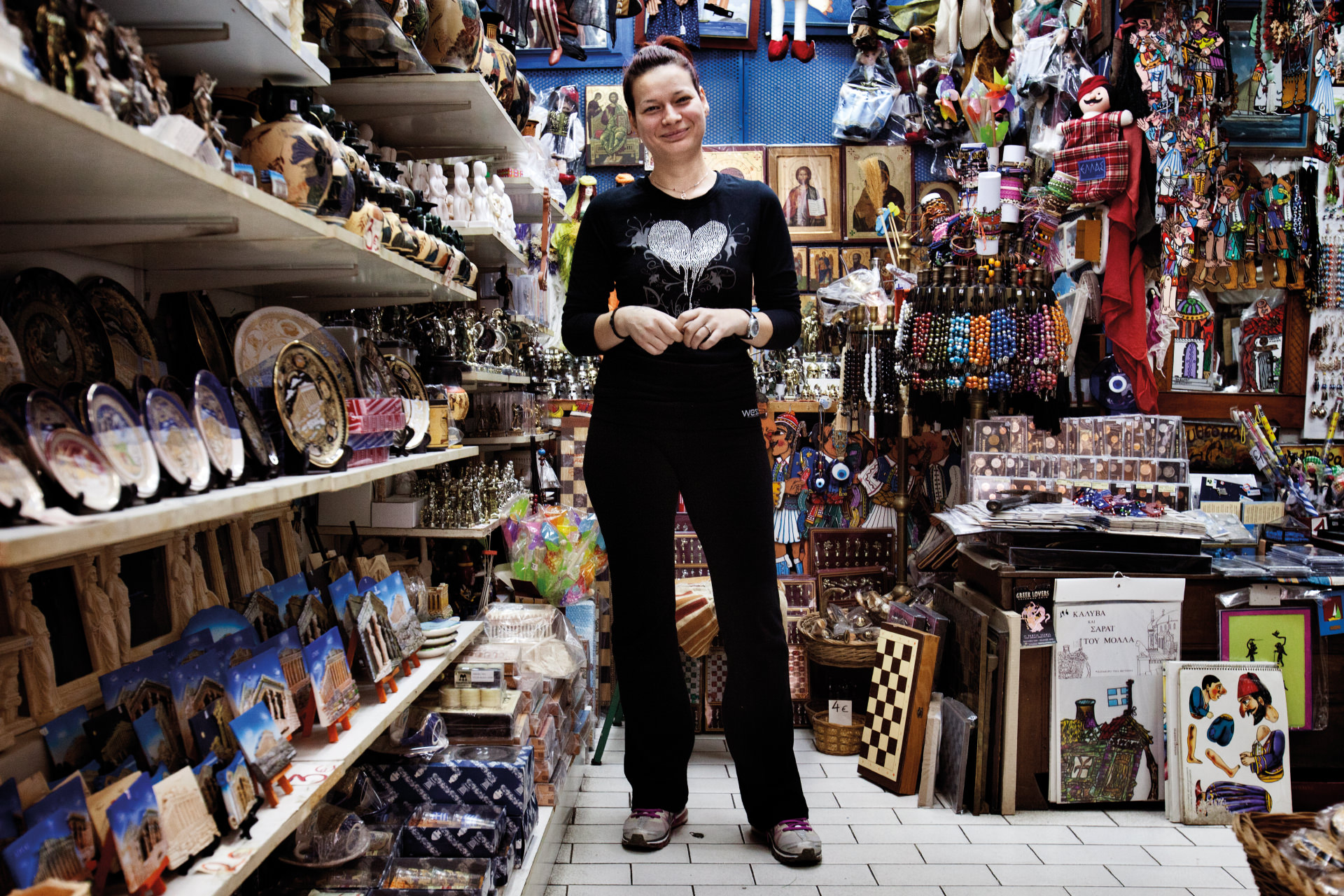 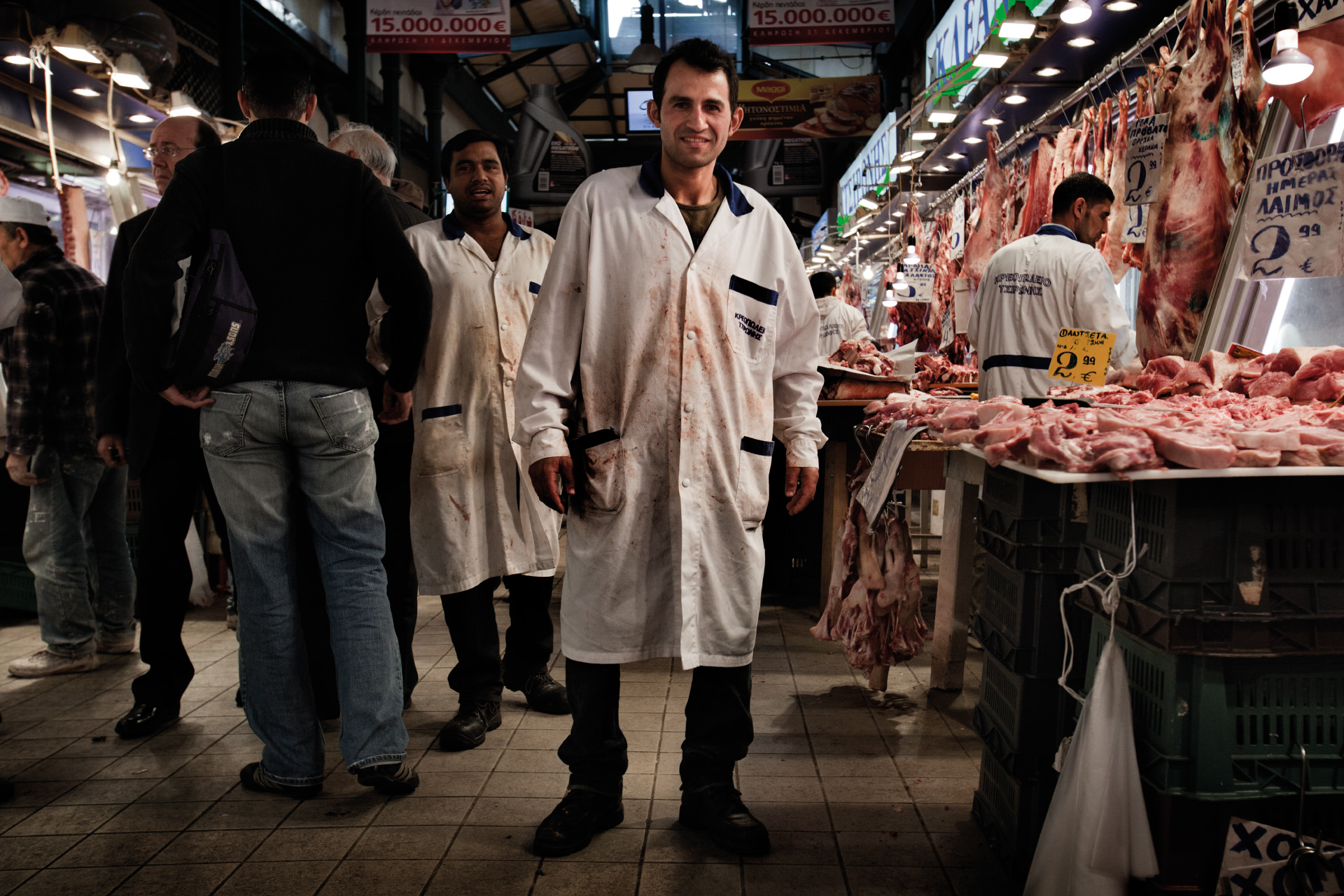 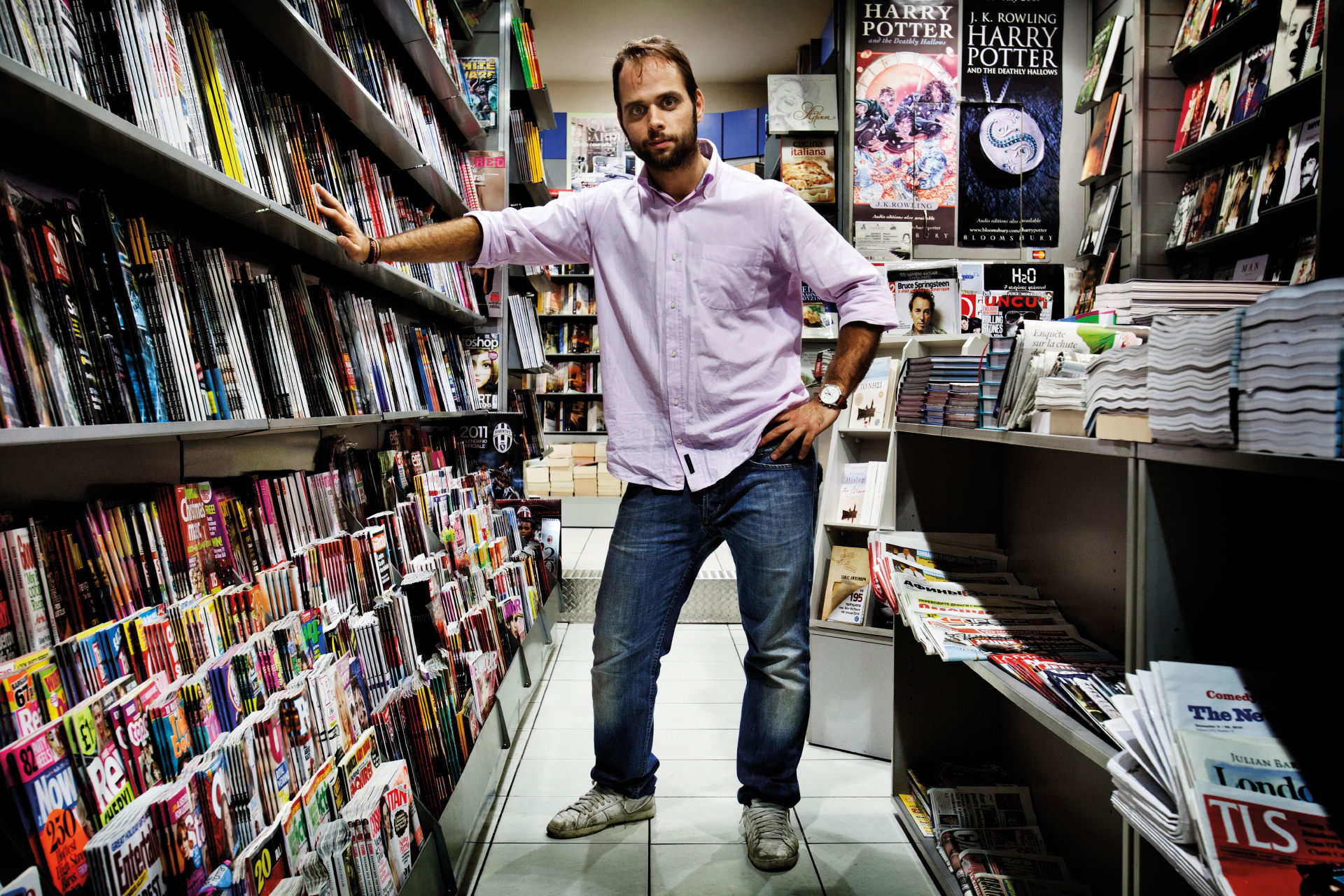 The crisis has amplified and underlined all the contrasts. Walking through the streets you encounter the extremely poor and the extremely rich sharing the same urban background, nowadays dotted with Enoikiazetai, “to let” signs. Like a virus these street signs are assaulting all the shop windows denying the city and its inhabitants of their future. I love this city but in order to do so I have to fight every day. It’s hard to live in a city to let.
Alberto D'Argenzio